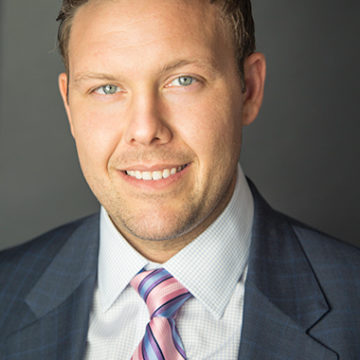 Tom Feher is a California personal injury and product liability trial lawyer with the Simon Law Group. In 2018, he obtained over $38 million in verdicts. He’s worked on hundreds of injury cases with a focus on spine, brain, and catastrophic injuries. At just 36 years old, he’s tried 40
cases and been honored with 2018 CAALA’s Rising Star, 2017 OCTLA’s Young Gun, and 2016 CAOC’s Street Fighter awards. He has given lectures, presentations, and workshops on trying cases throughout the country and on behalf of CAALA, OCTLA, and CASD. He is a board
member of CAOC and the Los Angeles Trial Lawyers Charity where he volunteers his time in the community. He is a 2013 graduate of Gerry Spence’s Trial Lawyers College and a 2010 graduate of Pepperdine Law School with a Certificate in Dispute Resolution. He holds a Bachelor of Arts in Psychology, Philosophy, and Political Science from the University of California, Santa Cruz.

In September 2018, he successfully tried a products liability case against Suzuki Motor Corporation in Orange County for knowingly selling 2004-2013 GSX-R motorcycles with faulty front brakes; a jury returned an $8 million dollar punitive damages verdict for his client who
suffered a broken patella. A month earlier in the same courthouse, he helped a 28 year old man obtain a $14 million dollar verdict after he suffered a cervical spine injury in a bicycle crash. Last month in Los Angeles, he obtained a $4.4 million dollar verdict for a 37 year old women who fell off her Vespa and suffered a lumbar spine injury. His other verdicts within the last year include: $3.6 million, zero comparative fault for a day laborer who suffered a mild traumatic brain injury after falling off a ladder; $4.1 million in Long Beach for a man who injured his back in a 10mph crash that resulted in the need for a spinal cord stimulator implant; $5 million in Van Nuys after a man fell from a broken step in his apartment resulting in knee surgery and spine surgery.