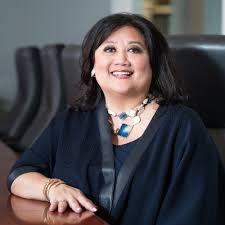 Deborah S. Chang is an attorney with the firm of Panish Shea & Boyle LLP.  She was on the trial teams that obtained a recent $160,500,000 verdict for a brain injury in Las Vegas, the two largest wrongful death verdicts in California, and four of the top 25 verdicts in California – including the largest verdicts received in North County, San Diego (Vista) and Imperial County (El Centro) – and some of the largest settlements of various years.  Deborah has recently been selected by the National Law Journal/ALM as one of the 2018 Elite Women of the Plaintiffs’ Bar and was included as a 2018 Titans of the Industry.  She has been named in various years by the Daily Journal as one of the Top 100 Lawyers in California, one of the Top Plaintiff Lawyers in California, and as one of the Top Women Lawyers in California.   She is the recipient of the 2014 Consumer Attorneys of California (“CAOC”) Consumer Attorney of the Year Award, and was a finalist for the award in 2012, 2016, and 2017.   She is also the recipient of the CAOC Women’s Caucus 2017 Consumer Advocate of the Year Award for her outstanding commitment to furthering the education and careers of women trial lawyers.  Deborah is a member of the Los Angeles chapter of the American Board of Trial Advocates (“ABOTA”), where she serves on the Executive Committee and is a National Board Member.  She is also on the Executive Committee (1st Vice President) of the CAOC, and serves as the Chair of the Membership Committee.  She is listed in Best Lawyers in America and Super Lawyers for Southern California, and is a Fellow with the Litigation Counsel of America and is an American Fellow of the International Society of Barristers.