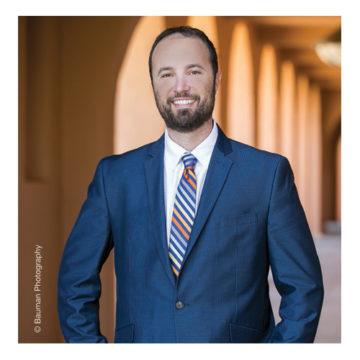 As a young lawyer Brett began to distinguish himself as one of the next generation of legal leaders. In only his fourth year of practice he earned recognition as one of San Diego’s Top Attorneys, perhaps the youngest person to do so. He proceeded to serve as the youngest President in the history of the Consumer Attorneys of San Diego (CASD) and continues to serve on the CASD Foundation Board. Brett also sits on the Board of Governors of Consumer Attorneys of California.

Despite having received numerous million and multi-million dollar verdicts and settlements, as well as regularly being honored with legal awards and accolades, Brett’s proudest moments are often found outside of the courtroom or an awards ceremony. Whether lecturing student groups on the personal rewards of the legal profession, speaking to high school students on the dangers of distracted driving, or handling pro bono matters for those in need, Brett is guided by the Hebrew principle of ‘Tikkun olam’, which means ‘healing the world’.